What exactly is autoflowering, and why is it advantageous to cannabis?
If you’re even remotely familiar with cannabis and its cultivation, you’ve probably heard of autoflowering. This is a popular (and frequently contentious) topic in the cannabis industry, particularly among new cultivators. Before you dig into this article and the soil, check your state’s laws and regulations to ensure that purchasing autoflowering cannabis seeds and cannabis cultivation in general is legal in your state.

Cannabis Ruderalis, known for its autoflowering ability, matures differently than indica and sativa plants. The ability of Ruderalis to flower without a specific light cycle has long piqued the interest of researchers. It blooms on its own, as the name implies. This trait evolved as a result of the plant’s extreme environmental conditions. Some believe that these plants escaped cultivation and were then exposed to these conditions. As a result, the flowering stage is not dependent on a specific amount of light, making it simple to grow and appealing to new cultivators.

Light Cycle for Autoflowers
Because autoflowering weeds have a shorter vegetative period than photoperiod plants, they require at least 18 hours of light and 6 hours of darkness (18/6). This method maximises energy use within the plants while also allowing for hardy growth. Some cultivators, on the other hand, claim that autoflowering strains require 24 hours of light to maximise vegetative growth. There is no universal agreement among cultivators on an exact amount of light time; it is best to experiment with both methods and determine which one works best for you and your cultivation goals.

Autoflowering Seeds at Their Finest
There are numerous seed banks online where you can buy a huge selection of autoflowering cannabis seeds from autoflowering strains. Again, before making any seed purchases, thoroughly research the cannabis laws in your area.

The sheer number of autoflower seeds available can be overwhelming, but there are several that are specifically marketed for their fast growth, high quality, and potency. Critical Thunder, Dwarf Low Flyer, Bluetooth, and Early Miss are some of the best indica-dominant autoflowering cannabis seeds, while Trainwreck, Silver Bullet, and Amnesia Haze are some of the best sativa-dominant seeds. Hybrid strain seeds like Cheese NL and NYC Diesel are also at the top of most lists. Blue Dream, on the other hand, is consistently rated as the best autoflower seed because it is the easiest to grow and versatile enough to grow both indoors and outdoors– a dream for inexperienced cultivators. Blue Dream also tastes like delicious, sweet berries that get you high.

You’ll only have about two weeks to train your plant, so keep that in mind from the start. Many cultivators who have grown autoflower seeds claim that it is best to harvest the colas first, and then wait for the bottom buds to gather some density before harvesting them. After each plant has three nodes, try to top it.

Because autoflowering strains do not require a photoperiod, many people choose to harvest them early or late in the season. Remember that these cannabis plants do not require a normal light cycle, but they do require warmth. If you expect a lot of rain, it’s best to use a greenhouse to protect your plants. 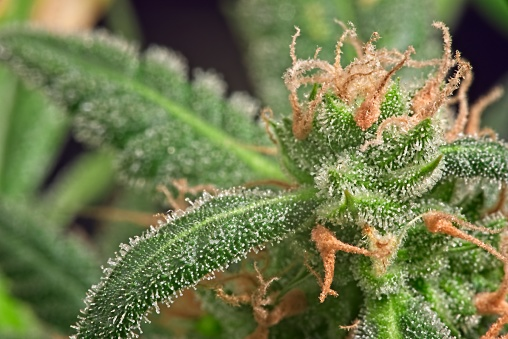 When compared to photoperiod plants, the best feed for autoflowering weed has less nitrogen in its nutrients.
(Autoflowering cannabis) plants will not require as much feeding as photoperiod plants due to their small size and short time spent in vegetative growth. Feed lightly and make vegetative nutrients available as soon as possible; however, keep in mind that autoflowers do not require as many vegetative nutrients, such as nitrogen.

What Is the Best Way to Feed Autoflowers with Coco?
Because Coco Coir contains no nutrients, feeding autoflowers in Coco differs significantly from feeding them in soil. In contrast to soil, where nutrients are already present, you will need to provide nutrients from the first week. However, when compared to photoperiod cannabis plants, you will use less nitrogen.

Can You Make an Auto Flower Bloom?
While there is some anecdotal evidence that autoflowers can be forced to flower, there is no solid scientific evidence to back up this claim. Unlike photoperiod plants, these cannabis plants originally adapted to harsh environments by flowering automatically without a specific light cycle.

Autoflowers have a long life span.
Autoflowers live for about 8-10 weeks from seed to harvest. During week 11, most cultivators begin harvesting. Before harvesting buds, make sure that at least half of the trichomes on your autoflowering cannabis plants have turned an amber colour; otherwise, the THC potency will be greatly reduced.…